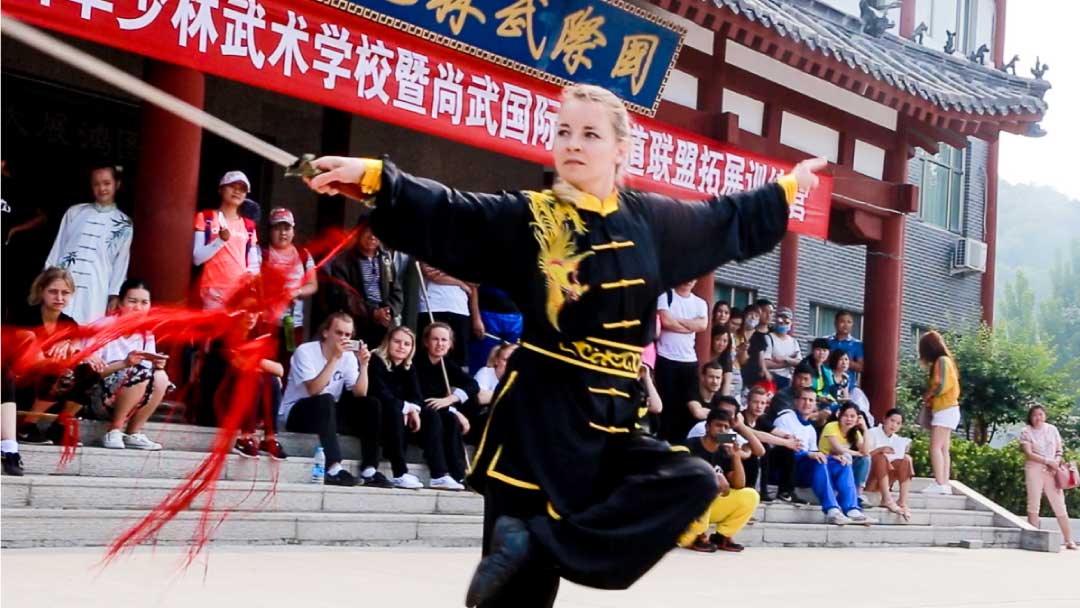 Qufu Shaolin Kung Fu school keeps every now and then Kung Fu Grading, where all the Masters and students watch what you have learned in the past month. It’s a great way to test your skills in front of a bigger audience. It also helps to stay motivated and train harder. For me, it was confronting my Public Performance Anxiety.

1 MONTH AFTER ARRIVING AT THE SCHOOL

Most importantly, I was where I wanted to be, training intensively, making my dream come true. But then again, I was thinking of leaving Asia. By the way, whether I was traveling to South America or not didn’t affect the fact that I was still going to attend the Grading in both cases.

Then why was I trying to run away? From what, if not a Grading itself? The truth is, I didn’t mind getting paralyzed with fear in front of people. I went through that before. It was a useful experience, and somehow I always managed to unparalyzed myself and finish the task. What I wanted to avoid was facing all these people for the next year.

I wished to remain a person who doesn’t care, who is, you know, cool. Showing how nervous I was before such a regular, unimportant event like Grading was humiliating. The idea to go to Colombia was a nice distraction. With that thought, I could control my anxiety better because the people’s judgment at the end of the day didn’t matter anymore. I would be far away from them in a couple of days.

Although this sounds like I care so much what other people think about me, and I really would like to say I don’t, as I always tried to be independent and do things my way without much attention to others. But, if that was true, why then I had this fear?

That’s probably a good question for a psychologist. I don’t blame you if you feel confused with this story. After all, it’s very difficult to relate if you have never experienced a panic attack or an abnormal fear of public performances. I alone laughed at my fragility. Before, I was disappointed, angry, ashamed. Now, I simply said to myself:

I had to face both Public Performance and people’s behavior towards me after it. Because the truth is, in reality, this moment is just one square inch of your whole life. And most of all, the people don’t care as much as you do. They undergo their own battles. Most of them don’t even notice your inner fight, and if they do, if they judge you, they forget quickly. Life keeps going. If you face it now, you will get in peace with yourself sooner.

During the Kung Fu Grading, the stress was not as overpowering as I imagined. I guess dealing with similar emotions throughout my whole life made me stronger. Still, though, I felt very uncomfortable.

Janina was the first to perform. Her face was tight. After her were boys. One of them looked VERY funny. I couldn’t stop myself from laughing. I tried, believe me. I know, it was rude, and I felt a pinch of pity for my friend. But, at the same time, I was very happy and grateful because this slight twist of emotions reduced my fear by half. After a few more people came to my turn. 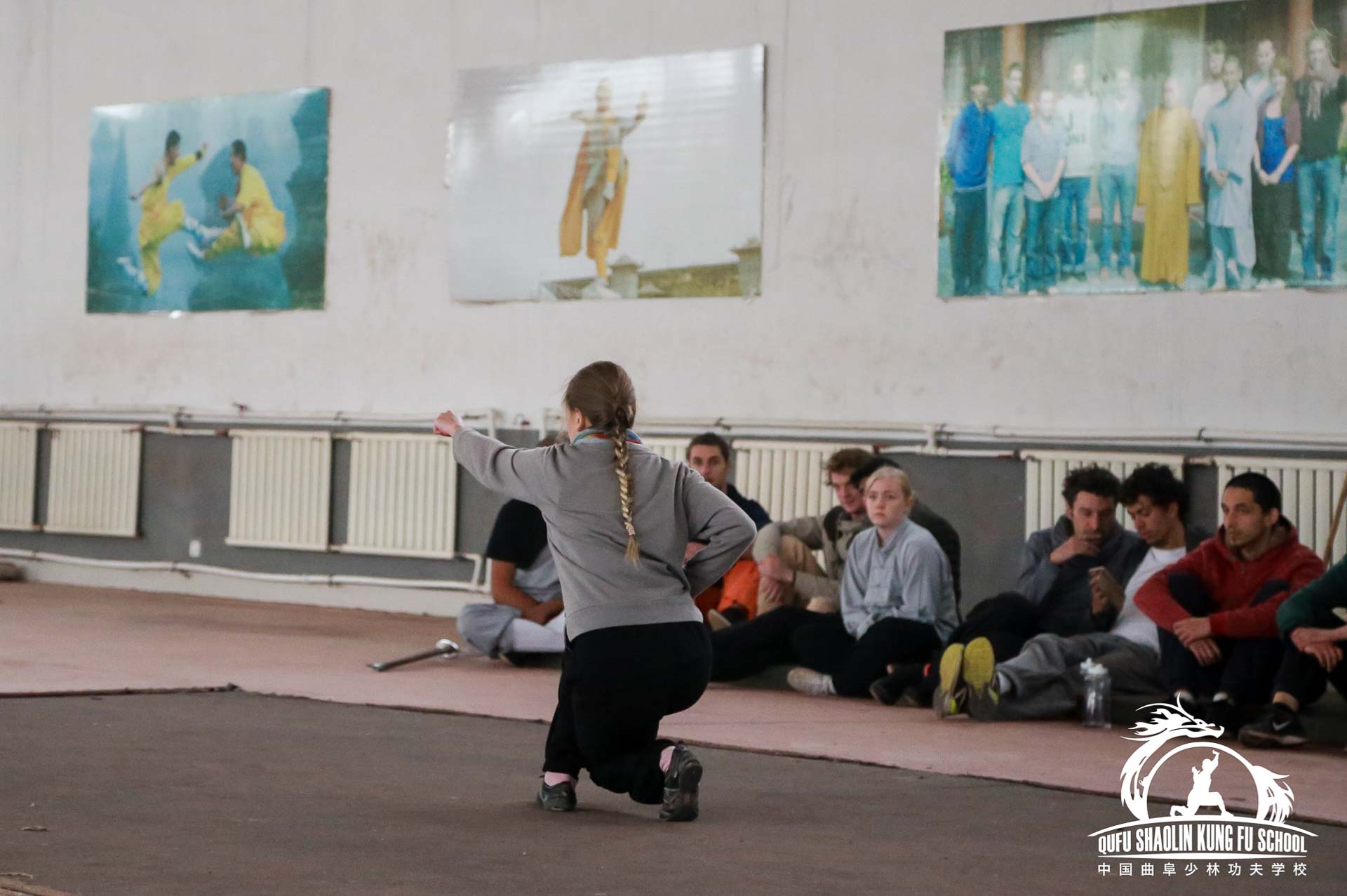 My face was strangely tight. I bowed and started to perform the basics. All new students grade at the beginning basics, including four high kicks, low kicks, sweeps, Five Steps Form, and Continuous Fist Form. The time was passing veeeerrrry slow. I felt everybody’s eyes on me.

After performing all kicks, I began doing sweeps. My concentration swept away. It was like waking up from a dream. My memory was foggy. I couldn’t recall if I did a front sweep or a back sweep. I wasn’t able to focus. In the end, I did both sweeps one more time.

The rest of my performance went smoothly. There wasn’t a panic attack. There wasn’t a complete blackout, and nobody judged me. Quite the opposite. At the end of the day, doing Grading motivated me and made me happy, and of course, the thought of traveling to Colombia was gone entirely.

I have learned many forms since the first Kung Fu Grading. For my second Grading, I decided to perform two Kung Fu Forms: Staff Form and Tong Bei Quan, and one form learned from Master Miao, Tai Chi Master: Long-Tasseled Sword Form. However, after talking with Dani, he convinced me to perform three other forms, namely Kung Fu Broadsword, Tai Chi Sword 42 Form, and Tai Chi 32 Form.

I was skeptical. It seemed like way too many forms for one Grading. But, my boyfriend, who always likes to test my limits, was so enthusiastic about it and sure that I was able to do it that I couldn’t say no in the end. The good argument standing for it was that I wouldn’t have to grade these forms later. I could entirely focus on learning new forms. 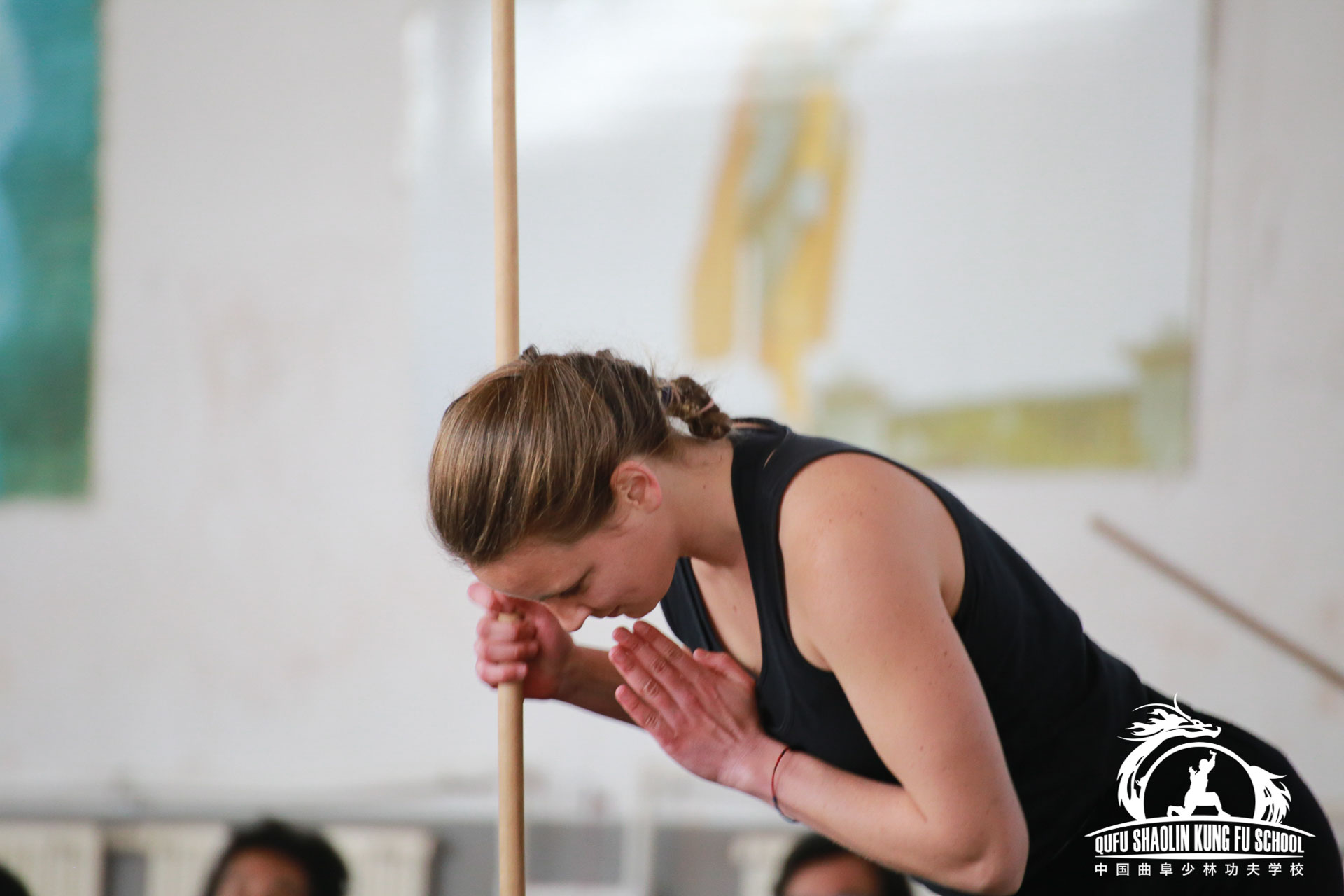 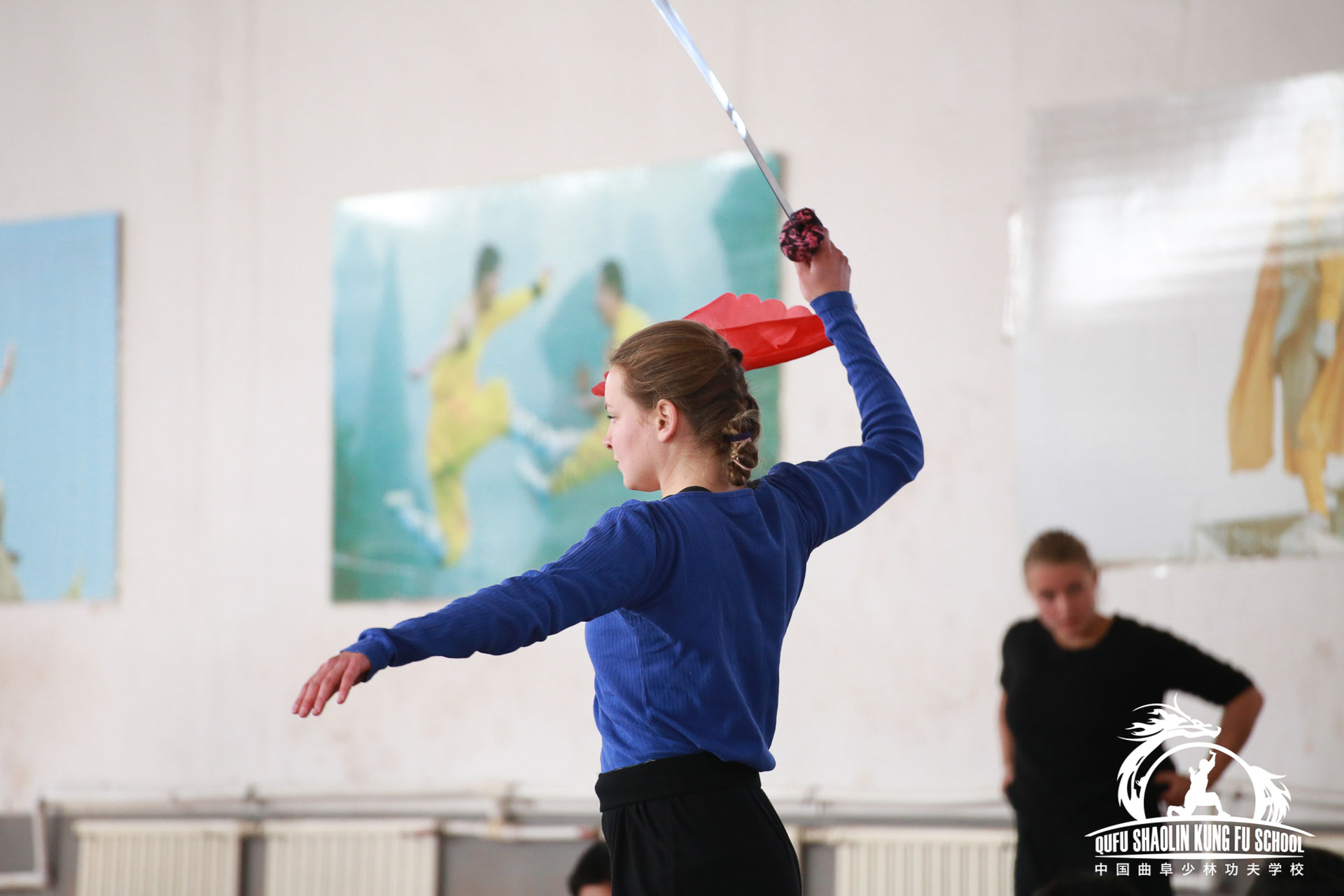 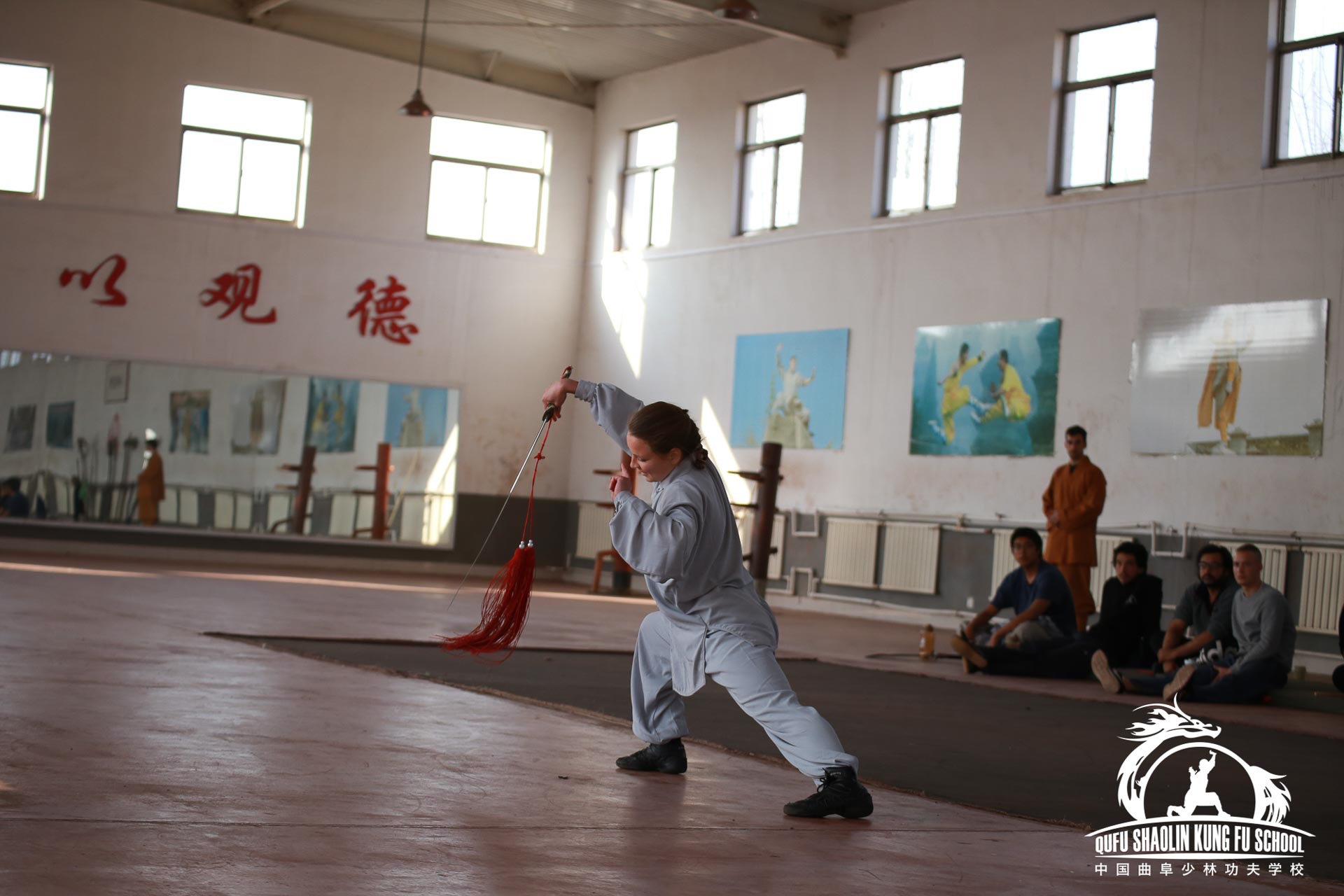 Photos from the second grading.

Thus, my second Kung Fu Grading was a real challenge. Not because of the performance anxiety. This abnormal fear wasn’t there anymore. Yes, I felt a little bit nervous. But that’s what… I guess… every healthy human feels. The challenge was to my stamina. I was one of the last students performing. I didn’t have a lot of time between the forms.

After presenting Tong Bei Quan, Staff Form, and Broadsword, the next was Long-Tasseled Sword Form, and almost immediately after it a slow Tai Chi Sword 42 Form. When I went in front of the Masters to present my last sequence, I felt my legs trembling, still feeling the effort from the previous performance. My balance was very insecure.

I knew I could do this form calmly and with confidence. But, because I was tired, I couldn’t control my body. Eventually, the Grading was over. Although almost all my forms had at least one mistake and didn’t go as well as during my regular practice, I couldn’t care less. I was very proud and happy. Daniel was impressed. He told me that it was not common to perform so many forms in one Grading and what I did was awesome. I screamed at him for making me face this challenge. But, deep inside, I was joyful and satisfied. My confidence in performing was growing strong.

Two weeks before the third Kung Fu Grading, I had an opportunity to perform in front of 300 kids and 100 adults. This was the first time that I was showing my skills to a bigger public. I was frightened, but at the same time, curious and ready to meet the challenge. The form I chose was the Long-Tasseled Sword Form.

It is elegant, impressive, and not tiring. I was wearing a black Kung Fu suit with the embroidered golden dragon borrowed from my roommate – Tina. It was the first time that I wore a proper Kung Fu performance outfit. My hair was tightened up. I had makeup. Being nicely dressed felt good.

Going in front of the school visitors, I felt my heart pounding. My face was tight as it was during the first grading. It didn’t feel comfortable, but I didn’t care. I was ready to give my best. In the first part of my performance, the long tassel got tangled up in the suit. I realized it when I wanted to make the next move, but I couldn’t. Surprised, I untied it without an effort and kept performing. My lips were shaking a little bit. But, in the end, the performance went quite well. 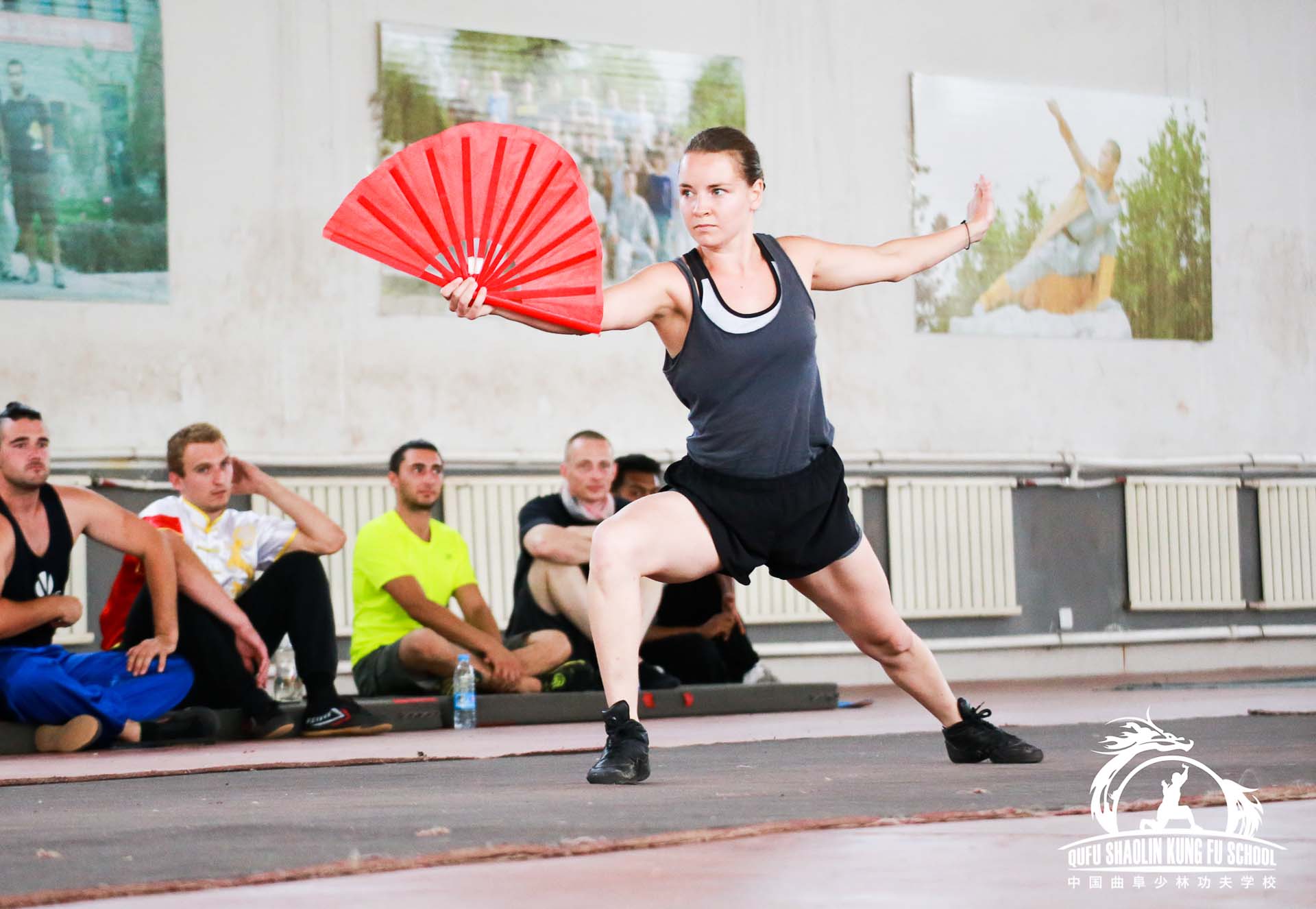 At my third Kung Fu grading, I was surprised by my emotions. Firstly, I hadn’t stressed out the day before like I used to. Secondly, I wanted to enjoy it more than just have it done. Thirdly, during the performance, I was more aware of the environment, of myself, my gaze, the strength of my movements, and the energy around me.

It went okay. Not perfect, but not bad either. I noticed that I have become more critical of myself. Before, what counted the most was that I wouldn’t panic, and I wouldn’t forget anything. This time I also cared about the quality of my performance.

They say to dance like nobody is watching. I think that implies that we are afraid or ashamed to dance in front of the people. I say dance like everybody is watching. Dance like your children are watching, your ancestors, your family. Dance for those who are hurting, those who can’t dance, those who lost loved ones and those who suffer injustices throughout the world. Let every step be a prayer for humanity! Most of all dance for the Creator, who breathed into your soul so you may celebrate this gift of life! 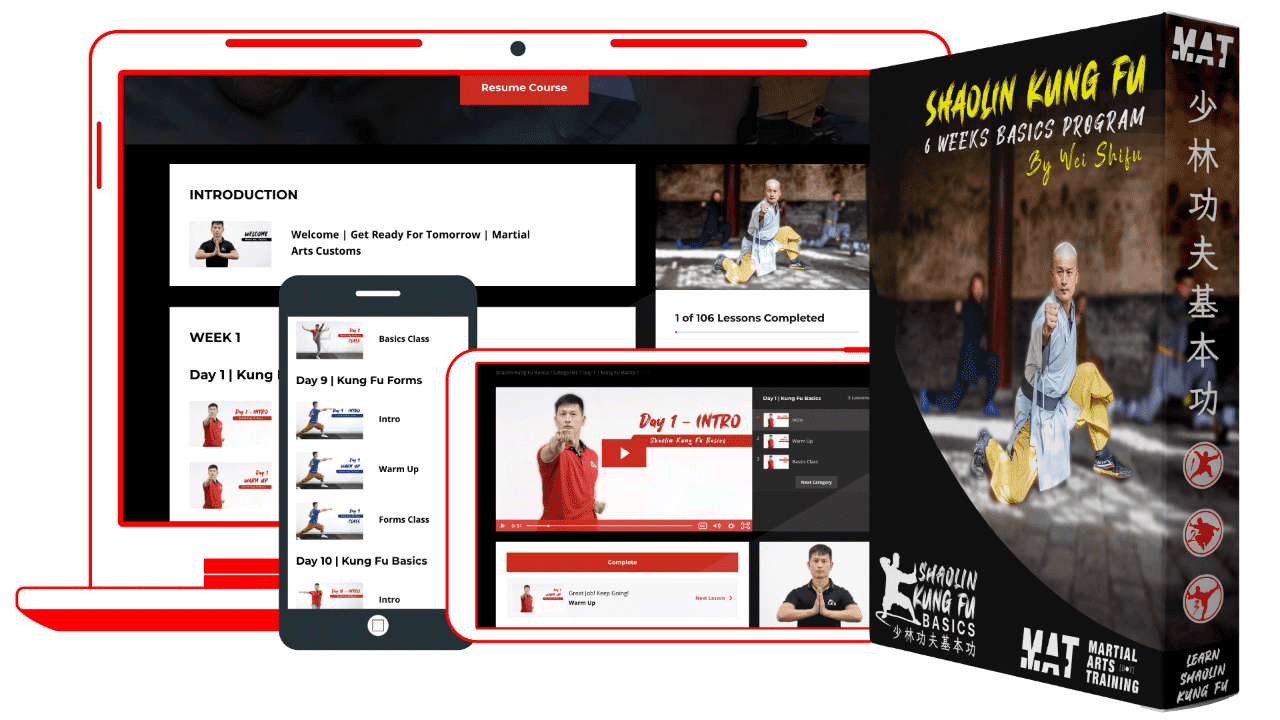 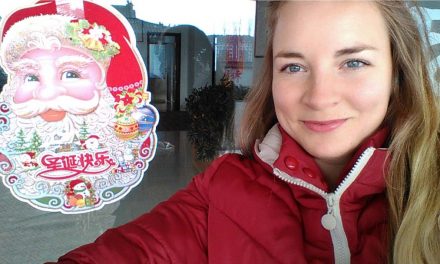 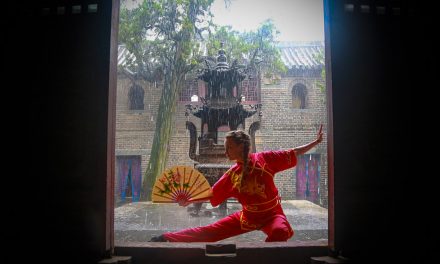 Day Without Electricity And Water – My Mind Calmed Down – Ch.8 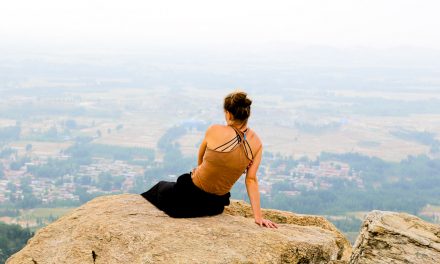 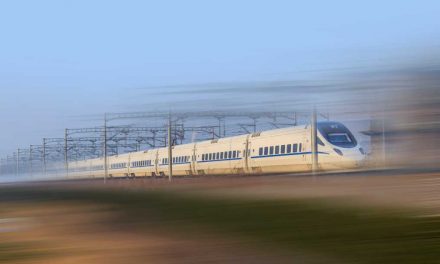